Servant of God Demetrius A. Gallitzin

Welcome to Reverend Prince Gallitzin’s Cause for Canonization!  Learn more about the prince turned priest by browsing this webpage.

Our Prince-Priest and Servant of God

More than 200 years ago Father Demetrius Gallitzin came to the Allegheny Mountains bringing the Catholic faith and Sacraments to the settlers living throughout central and western Pennsylvania.

Born into Russian nobility, Demetrius abandoned a life of royalty to live one of prayer, perseverance, and suffering in the Allegheny Mountains from 1796 to 1840. Becoming the first Catholic priest to receive all his Holy Orders at one time in the United States, he founded the town of Loretto as a Catholic settlement, funding roads, houses, sawmills, and farms. He cared for widows, housed orphans, and fervently defended the Catholic faith. For the majority of the years spent in the Allegheny Mountains, he was the lone priest serving a growing Catholic population, establishing missions in several counties along the way. Through his tireless and unceasing efforts, Gallitzin single-handedly pioneered the expansion of Catholicism westward.

In 2005, he was named Servant of God, the first step on the path to sainthood. Today, the Diocese of Altoona-Johnstown continues its efforts to have him named Venerable, meaning heroic, the second step of four needed for canonization. 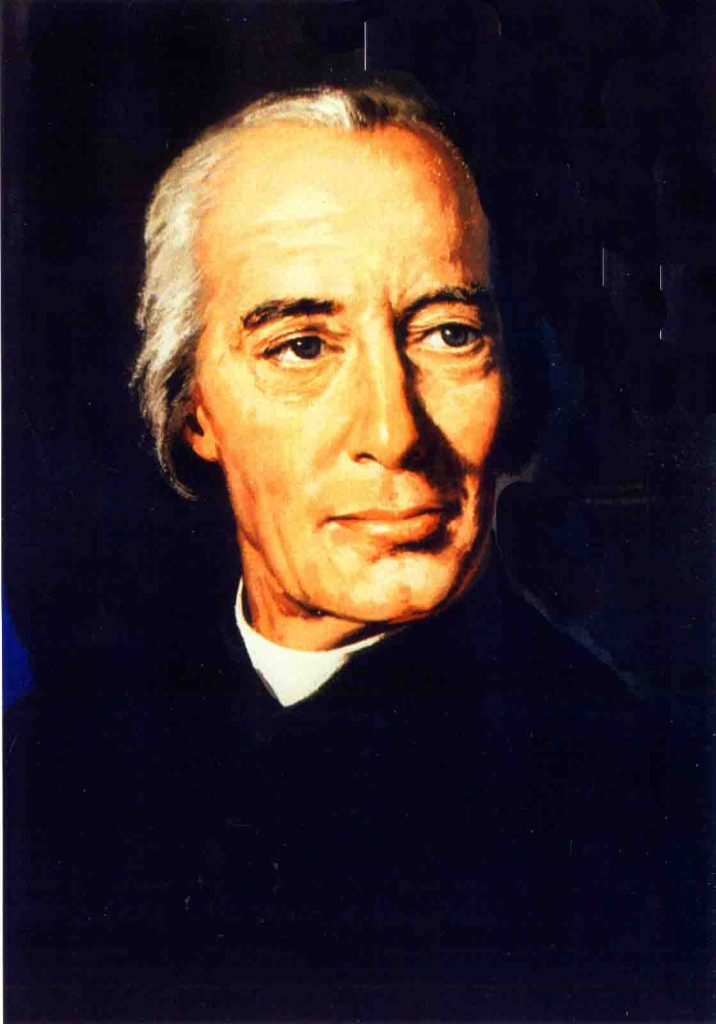 “[Demetrius'] perseverance, in spite of all the difficulties with which he had to contend, was crowned with heavenly benedictions. The mountains have become fertile and the forests flourishing". – Archbishop Francis Kenrick 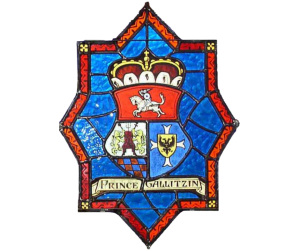 Birth of a Prince

Gallitzin was born at The Hague, Netherlands where his father was Ambassador from Russia. He is baptized into the Russian Orthodox Church with the Empress Catherine the Great as his godmother.

Conversion to the Catholic faith

Soon after his mother returns to Catholicism,  Dimitri is received into the Church assuming the name at confirmation of Saint Augustine. This is partly because his feast day is the same day in which his mother was born and married. Thereafter he always writes his name as Demetrius Augustine

Sailing to the New World

On August 18, Demetrius sails from the Netherlands to the newly formed United States for two years of educational travel. On the journey, Demetrius decides to join the priesthood and upon arrival in Baltimore, enters Saint Mary’s Seminary under the name Augustine Smith, in order to avoid being known as a Russian noble. 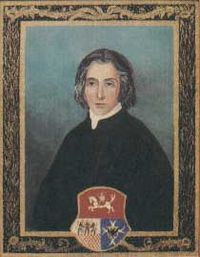 Ordained on March 18, 1795, Demetrius is the first priest in the United States to receive all of his theological studies in the new country. For his first assignment, he is given mission territory in Pennsylvania, Maryland, and what is now West Virginia. In 1796, he responds to a sick call of a man living in the Allegheny mountains at McGuire Settlement who wants to convert before his death. Father Gallitzin soon falls in love with the people of this small, rugged settlement and in 1799 is given permission to be Pastor.

The assignment given to him meant he was the only priest from the Susquehanna river to Youngstown, Ohio – from Lake Erie to Maryland. For the next 30 years, costing his entire inheritance, Demetrius renames the settlement to Loretto, creates Saint Michael Church, and builds infrastructure, housing, and sawmills in order to establish a thriving Catholic community.

During this time he writes numerous pamphlets defending the Catholic faith, becomes Vicar General for Western Pennsylvania, and declines multiple proposals to become bishop. In 1834,  he is finally given an assistant, Father Peter Lemke, who would later invite and establish Benedictine communities throughout the United States. Father Demetrius A. Gallitzin died on May 6, 1840 in Loretto, just days after Easter, forty-one years after he came to the Allegheny Mountains.

Where only a dozen Catholics dotted the area, over ten thousand Catholics flourished in a multitude of churches throughout central and western Pennsylvania at his death.

In 1901, Charles Schwab donated the current Saint Michael Church and the final resting place for Prince Gallitzin under a large granite monument with a bronze statue of the priest.

In 1996, Pope John Paul II honored the Church with the title of Minor Basilica, and in 2005 Demetrius was deemed a “Servant of God.” In 2007 his official cause for canonization was officially opened.  The next step for the cause is for Demetrius to be named, “Venerable”.

God of mercy and love, your faithful servant, Father Demetrius A. Gallitzin, gave up everything to sow the seeds of faith among the people of the Allegheny Mountains. Please listen to his intercession for us in our day, even as we ask that we be allowed to invoke him publically as our patron with you. Pour out your kindness and mercy upon us and listen to our prayer, as we humbly beseech you to grant us the favor (name your intention). Give us the humble courage of Servant of God Demetrius, so that we may praise and bless you through service to our neighbor and thorough witness to the Gospel of your Son, our Lord Jesus Christ, who lives and reigns with you and the Holy Spirit, God forever and ever. Amen.

Kindly send word of any potential miracles or favors received to: