The small home and personal chapel of the former prince turned priest, Fr. Demetrius Gallitzin, stands as a reminder of the humble pioneer who is credited for spreading Catholicism out West.

Fr. Gallitzin built his home in 1799 when he was established as the pastor of McGuire’s Settlement. He expanded his home to have a chapel for his own personal prayer and devotion in 1832.

Often, Fr. Gallitzin would sleep on the floor of his chapel house as mortification- voluntary actions that put to death all of our sinful habits and selfish tendencies. During winter, he would celebrate mass in the chapel and listen to confessions within his home.

He would also use his chapel house to house orphans and widows. He even adopted six of the orphaned children and had them live with the housekeeper in the chapel house.

It’s hard to imagine that a once wealthy prince would live in such a small home and even then give up room to take care of the needy.

Today, the Prince Gallitzin Chapel House serves as a museum and spiritual house. It contains many artifacts from Fr. Gallitzin’s personal life including his vestments made from his mother’s wedding dress, his bed, a clock sent from his mother, and much more.

Visits to the chapel house are welcomed upon scheduling an appointment by calling (814) 472-5441.

Donations for the continuing renovation of the chapel house are much appreciated and can be accepted by mailing a check to: 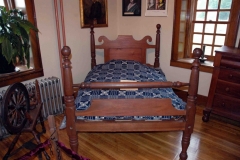 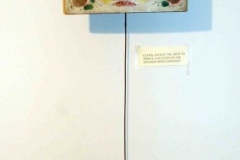 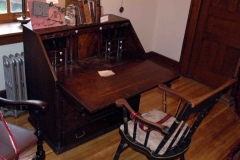 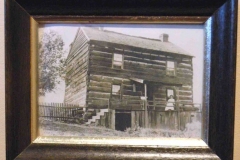 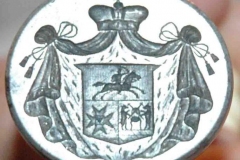 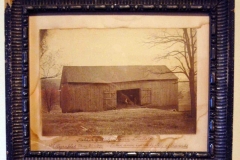 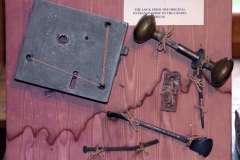 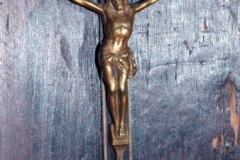 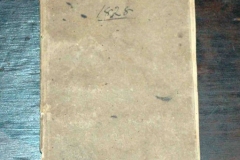 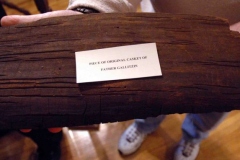 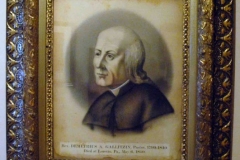 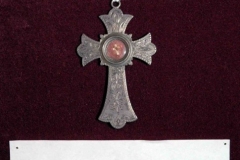 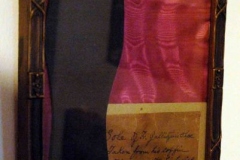 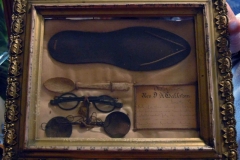 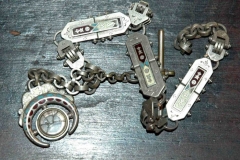 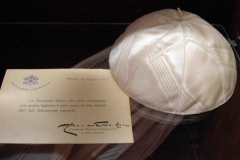 Our Lady Of The Alleghenies Shrine

Located between the Basilica of St. Michael the Archangel and the Prince Gallitzin Chapel House, is the Our Lady of the Alleghenies’ Shrine. This shrine serves as a reminder of the great devotion that Fr. Gallitzin extended to Our Blessed Mother in his Catholic colony of Loretto. He had named his village in her honor; and it was his life’s dream that Loretto would someday become a center of devotion and pilgrimage to the Blessed Mother.

In August, 1949, during the 150th anniversary of the founding of St. Michal Parish, ground was broken on this site for a three-figured bronze shrine in honor of the Blessed Mother. Sister Mary Benedicta San Antonia, R.S.M., designed and sculpted the clay models of Mary, a young girl, and a deer.  The sculptures are the centerpiece of the shrine. The Our Lady of the Alleghenies’ Shrine was officially blessed on the feast of the Birth of Mary, September 8, 1951.

In the summer months, mass is often celebrated outside in front of the Our Lady of the Alleghenies’ Shrine. To find out more information about these masses, call (814) 472-8551.

On May 6, 1840, at the age of 69, Fr. Gallitzin passed away in the early evening. He was laid to rest in a simple wooden casket in the St. Michael Cemetery on May 9. In 1853, his casket was exhumed and his remains were placed in a bronze casket. A monument was then erected in front of the new St. Michael’s Church just a short distance away from the original church, and Fr. Gallitzin’s remains were placed inside.

In 1899, on the one-hundredth anniversary of Father Gallitzin’s arrival in Loretto, Mr. Charles Schwab, a very wealthy businessman, committed himself to building what was to be the fourth church, the magnificent stone structure now known as the Basilica of St. Michael. It was at that time that the tomb of Father Gallitzin was expanded to include a beautiful bronze statue.

Basillica of Saint Michael the Archangel

Carmel of Saint Therese of Lisieux

St. Michael Catholic Cemetery is located right behind Prince Gallitzin’s Chapel House. This old cemetery is a piece of history that dates all the way back to 1793.

Before Fr. Gallitzin came to the Alleghenies, Captain Michael McGuire, a Revolutionary War hero who served under George Washington, settled in the area. He purchased 4,000 acres of land in 1785 and moved his entire family there in 1788. He gave Bishop Carroll 400 acres of land to be set aside for a cemetery for a resident priest, church, and school. By the 1790’s, the land became home to many settlers and was officially called McGuire’s Settlement. This land would later be referred to as the town of Loretto, when Fr. Gallitzin settled in the Allegheny Mountains and purchased the land.

Captain Michael McGuire died on November 17, 1793, and was the first person to be buried in the cemetery he had donated. Fr. Gallitzin later named this cemetery, “St. Michael Catholic Cemetery.”

Charles M. Schwab, another historical figure, is also buried in the cemetery in a mausoleum with his family. Alongside Andrew Carnegie, Charles Schwab was an American steel magnate. He spent a lot of his money to help Gallitzin’s dream of making the town a Catholic community. He built the present St. Michael’s Basilica, the Carmelite Monastery, and his summer home, “Immergren,” which eventually became the Mount Assisi Friary.